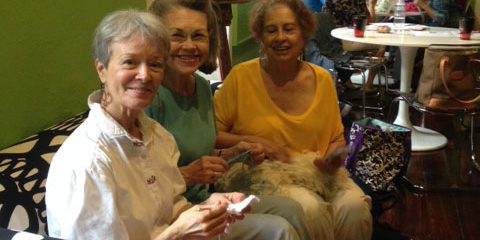 The Crochet Coral Reef is a woolly celebration of the intersection of higher geometry and feminine handicraft, and a testimony to the disappearing wonders of the marine world”. Launched in conjunction with the 2015 exhibition at SSA of the Institute For Figuring’s Crochet Coral Reef, the San Antonio Satellite Reef (SASR) project is now in progress. 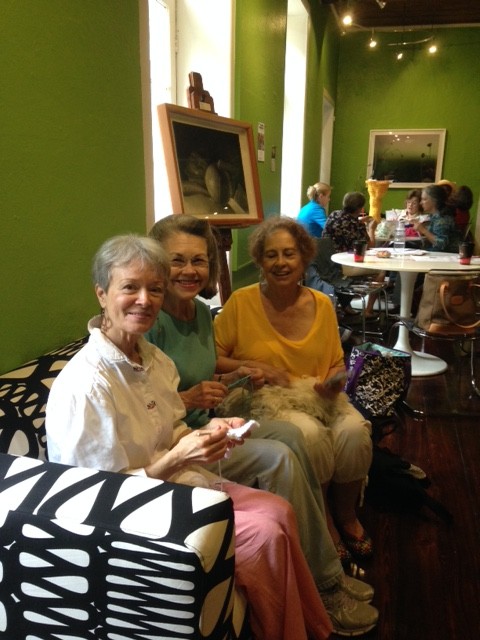 The FASA participants on May 9th were from left to right, Georgia Zwartjes, Peggy Foerster, and Yvette Little.

The Institute For Figuring began a Satellite Reef program in 2007 as a way for local communities to participate in its Crochet Coral Reef project (2005-present). Satellites have been hosted in cities across the U.S. and Europe, Australia, and the Middle East. The culmination for the project will be an extensive installation at the San Antonio Public Library Gallery in March 2016. Come participate in this amazing project which is open to all skill levels from novice to experienced.