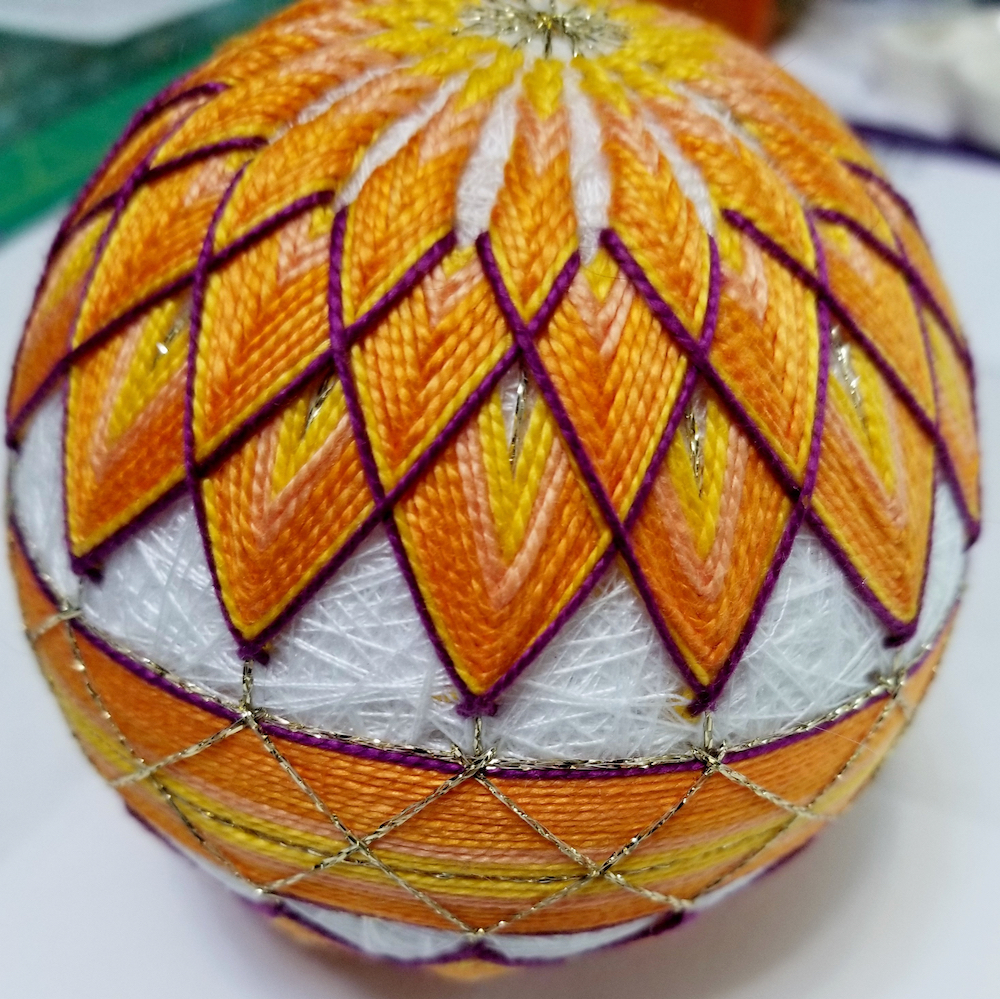 2020 – Temari – Japanese Thread Balls – made of dryer lint or plastic bags surrounding a core of topo chico bottle caps with bells or beads inside for sound.

This core is wrapped in tissue, then yarn and thread and then wrapped and stitched with embroidery thread. I made this for a friend who likes bright colors. I was playing with contrast and an increased number of divisions, resulting in added ‘petals’ around the Temari. The center is scented with citrus essential oils and I mailed it to her hoping to brighten her day and her desk.

Entry Statement: Trash to Treasure Temari Series. I started learning the art of Temari just before the quarantine began. I liked the idea of turning trash (dryer lint, plastic bags, bottle caps) into treasured art. The repetitive motion of thread winding is soothing and the simplicity of the tools and techniques allow me to practice the art while still interacting with my family. These temari brightened my days and hopefully the days of those who received them as gifts during the early quarantine months. 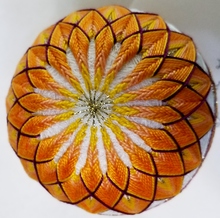